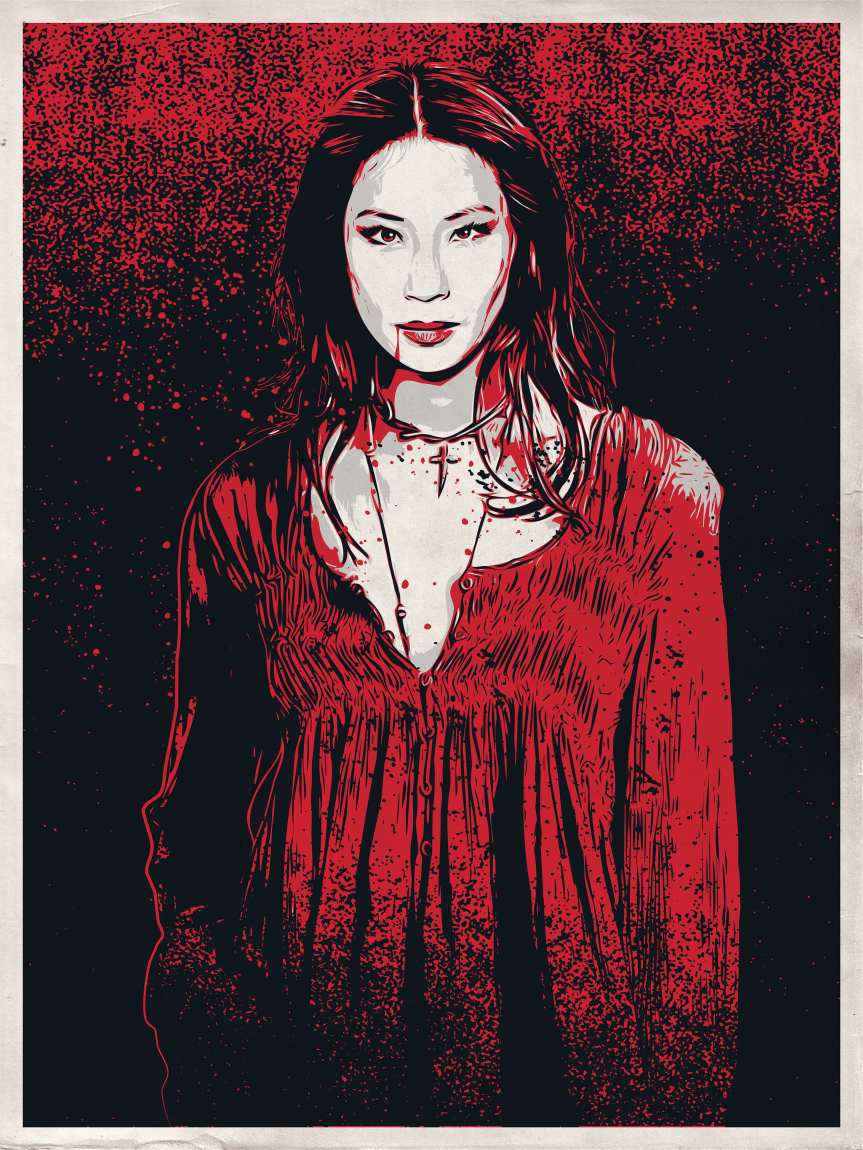 See what I did there? I got right to it with this post. Meet Sadie Blake, as portrayed by Lucy Liu from the movie Rise: Blood Hunter (or simply Rise, as writer/director Sebastian Gutierrez intended, which admittedly, I prefer). Sadie is not what you would consider a conventional vampire. There is no “vamping out,” no fangs, no supernatural powers. In fact, much like the 1982 film, The Hunger (starring Catherine Deneuve, David Bowie, & Susan Sarandon), the word “vampire” is never uttered in this movie.

Sadie was a reporter who was raped and murdered following a story she wrote about a secret gothic cult. After waking up in the morgue, she realized that the cult held more secrets than she previously thought and she vowed revenge against them, hunting down their members one by one.

There’s another interesting correlation between Rise and The Hunger; since the vampires don’t have fangs, they need to use other means to acquire the lifeblood that satiates their cravings. In The Hunger, they use an Ankh pendant. In Rise, Sadie uses a similar secret blade, this one in the form of a cross, as shown in the above illustration tied around her neck.

In Lucy’s own words regarding the movie: “I first read the script at 3:00am in the morning and so I understood the project from that perspective, what it needed and what the character was about. It wasn’t strictly horror—it has an incredible emotional undercurrent, that and it had a thriller, noir quality about it.” I enjoyed the movie but more importantly, it was Lucy’s performance that places her among my favorite pop-culture vampires. How can you not love Lucy Liu? And not for nothing, but in addition to her acting, she’s also an amazing artist–definitely check out her work.

That should do it for today. Hope you enjoyed this illustration, and if you’re not already following my blog, maybe now’s a good time to start, yeah? I mean, really, what’s stopping you? Oh, and if you’re a fan of vampire fiction, my own book is for sale from Amazon. (nudge-nudge)