About a year ago I posted a graphic that I had done for a breast cancer awareness t-shirt (which I turned into a poster for the sake of the post, which you can view here). That was the 2014 design. In 2015 I was asked to do a follow-up. Since the pin-up image went over so well with the client, I decided to revisit the style with the new design.

The following is the first draft that I provided (again, I turned it into a poster for the sake of this post). An element I focused on for this version was to make the pose of the model line up with the ribbon. I’m happy with how it turned out, though I acknowledge that there’s something a tad awkward about her stance. 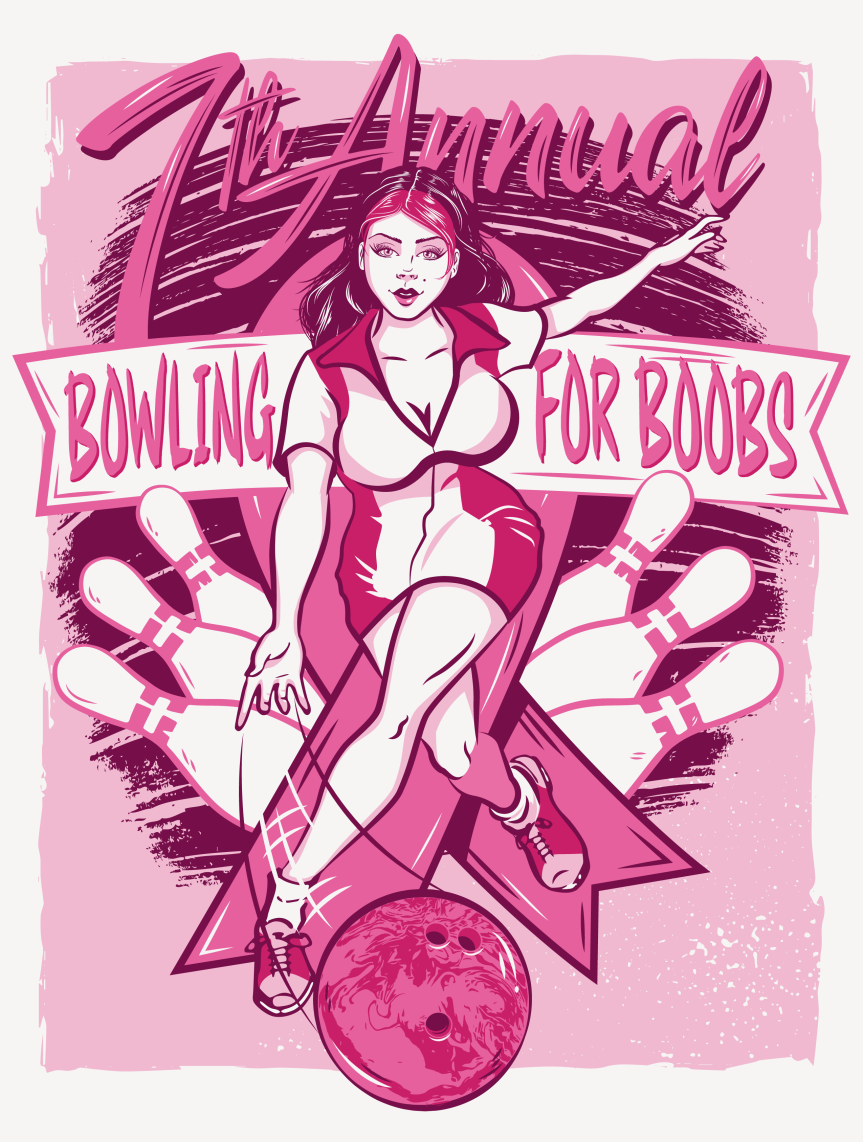 They liked it–at first–but then someone suggested that the bowler should be more retro. I found a relatively poor-quality piece of clip art to start from, tweaked it here, modified it there, and turned it into this, the second draft. Pretty much the same as the first, just with a 70s era bowler in place of the 50s pin-up. Her pose is more natural than my first attempt, while keeping within the shape of the ribbon, which I like. 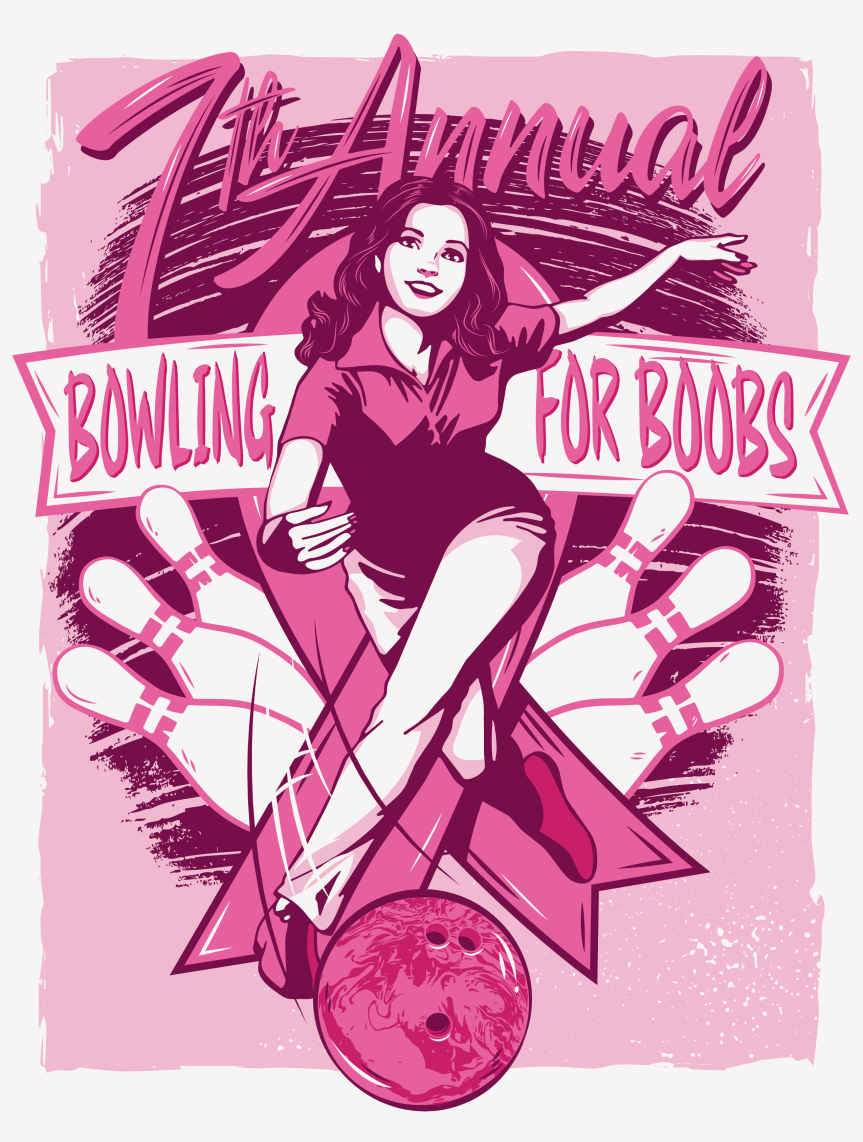 Again, they liked it, but ultimately decided to do away with the female graphic altogether. I’m fine with the final product, but I liked the first couple drafts better, so I thought I’d share them all. As with the 2014 version, the style of these designs were HEAVILY influenced by the work of Twin Cities-based screen print designer–as well as bicycle and beer enthusiast–Adam Turman. If you’re unfamiliar with his work, I highly recommend browsing his website. As before, any similarities between this set of images and his work is entirely intentional. One of these days I’ll stop with this fan-boy mimicry and design something purely my own for one of these breast cancer tees. But I find that not only is imitation the most sincere form of flattery, it’s also a great way to learn.

I’d love to hear what you think of my designs. Let me know if you have a favorite, and stay tuned for more digital illustrations.

One final note: research toward the eradication of all types of cancer is a worthy, yet expensive cause. If you’re able, please visit The American Cancer Society and donate today. A diagnosis of cancer no longer has to be a death-sentence, but we have a long way to go before the battle is won. Until next time…